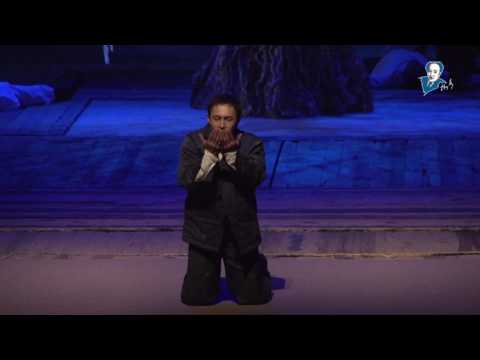 The drama «Akiko in Aktas» is based on the destiny and life of a Japanese Akiko Tetsuro. He was jailed and sent to «Karlag» prison at the age of 15 and spends 10 years there. He was almost dying when he got out of jail and the stays alive by the help of Kazakh woman. After many years when the Japan authorities ask him to go back to his motherland, he goes and lives for a short time but refuses and comes back to Kazakhstan.

Akiko Tetsuro’s destiny – a destiny of thousands prisoned for nothing and spent years in camps, those who were migrated to Kazakhstan during a harsh Stalin years.

Many different ethnic groups, representatives of different nations found peace and happiness in Kazakhstan. For thousands just like Akiko, Kazakhstan became a motherland and a place of happiness. Kazakhstan – a land of friendship, a humaneness, a high spirit.

«Karlag» affection is shown in the Kazakh stage for the first time and devoted to the 25th anniversary of Kazakhstan’s independence.

The director of stage combat – A. Bailin

A prisoner woman under investigation

A prisoner guy under investigation

A prisoner woman under investigation

A prisoner guy under investigation

Unfortunately up cooming spectacles not found