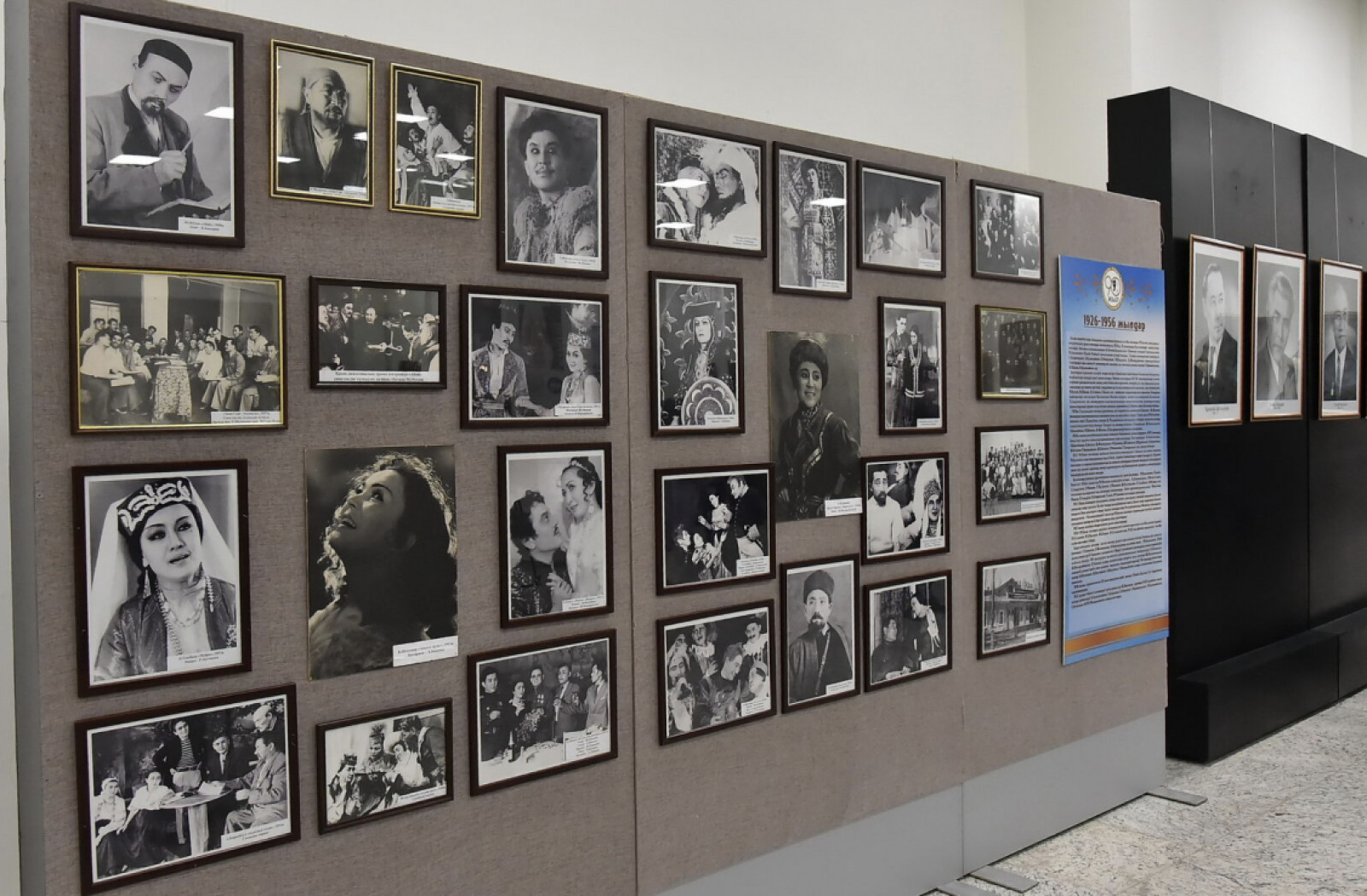 The Museum of the National Drama Theater named after M. Auezov is a large historical place with a 53-year history. The most expensive temple of the Main Theater of the country began its work with about 500 exhibits, and today their number exceeds 200 thousand.

The presence of such a repository of history is very important both for the audience and for the history of the theater. Currently, the museum fund is replenished daily. The fund contains photographs, posters, programs, biographies of theater artists, their personal materials, manuscripts, gifts from the 1930s to the present day.

In addition, the museum has a large collection of portraits, the first stage costumes worn in many performances since the 1930s. Plays are collected, restored and their list is expanded regularly. The possibility of filming performances, which are now included in the repertoire of the theater, is also being considered. The museum fund is also used by students, journalists and theater critics.

Exhibitions from the fund of the Theater Museum are shown in such large cities as Astana, Kostanay, Taldykorgan. It should be noted that an album-book on the history of the theater was published on the basis of the archive. The theater museum with a rich history is working to pass on to the future generation the way of life of the great figures of Kazakh art, the history of Kazakh culture.

The theater museum, located on the 4th floor of the theater building, welcomes the audience! The museum staff, which from year to year preserves, expands and popularizes the rich heritage of the theater, is always ready to show you the museum before the performance and acquaint you with the history and exhibits of the theater.

In addition, by prior arrangement, the organization of special meetings and excursions for individual teams is provided.