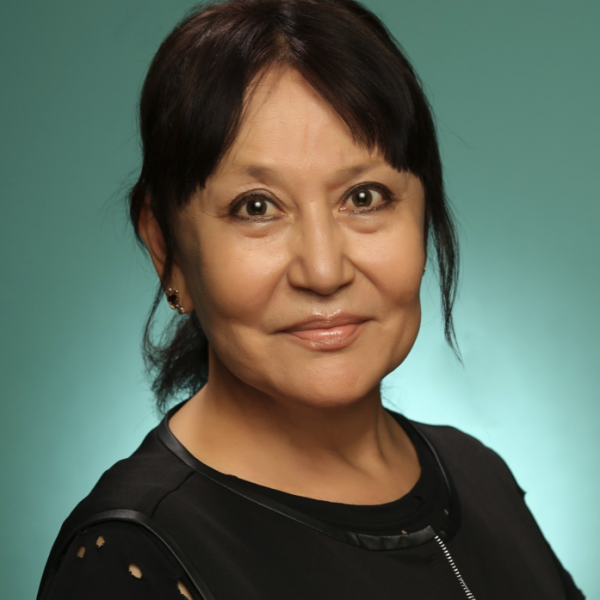 Born in 1953, native of the Taldykorgan region.

Graduated from the choreographic department of the Republican Variety and Circus School named after Zh. Elebekov,

In 1996 she graduated from the theater department of the Kazakh State Institute of Theater and Cinema named after T. Zhurgenov with a degree in theater and film actor.

In 1974 she was accepted into the cast of the Kazakh State Academic Drama Theater named after M. Auezov.

Since 2004, she has worked as an actress at the State German Theatre, and in 2018 she returned to the Auezov Theater again.

In 2018, she was again accepted into the cast of the Kazakh State Academic Drama Theater named after M. Auezov

D. Isabekov "Today is a holiday, today is a wedding" (director A.A. Pashkov) - a girl,