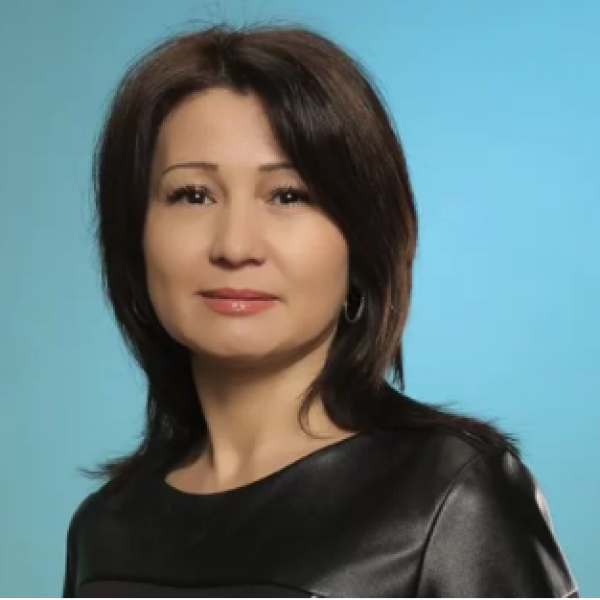 In 1989 she entered the Alma-Ata Commercial College and in 1992 she completed the full course of the named technical school with a degree in Accounting in Trade and was awarded the qualification of Trade Accountant.

In 1990-1992 she worked as a controller in the Merken communication center of the Zhambyl region.

In 1994-1996 she worked as an inspector of the office of the Department of Affairs in the State Committee for Financial Control of the Republic of Kazakhstan in Almaty.

In 1996-1997, she worked as a leading specialist in the Analysis and Progress of Reforms Department of the Main Department of Financial Planning and Analysis at the Ministry of Labor and Social Protection of the Republic of Kazakhstan in Almaty.

In 1998-2013 she worked as an accountant at the Kazakh State Academic Drama Theater named after M. Auezov.

From 2013 to this day, he has been working as the head of the department for legal and personnel services at the Kazakh State Academic Drama Theater named after M. Auezov.