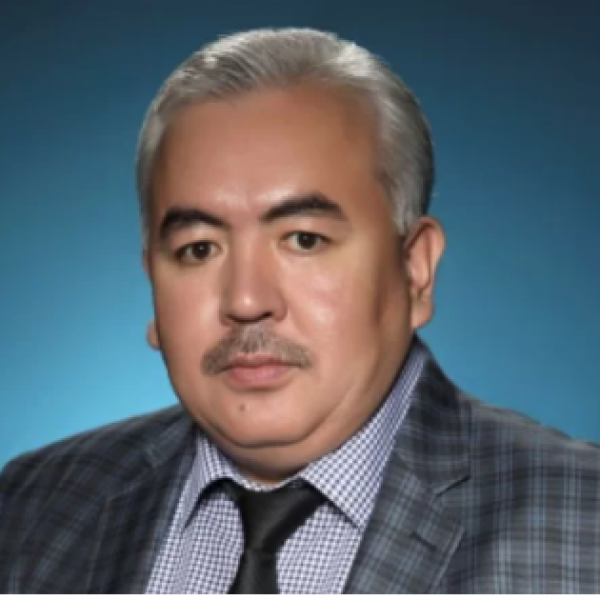 Born in Zhambyl region, the district of Bayzak, in village named Sarybarak in 1965.

Graduated the State Institute of theatre and art in Almaty in 1982-1988, by profession of «Theatre and movie actor».

Postgraduate of the Institute of Art and Literature named after M.O.Auezov in 1990-1993.

The Institute of Art and Literature named after M.O.Auezov – Senior Assistant, 1988-1990.

The Institute of Art and Literature named after M.O.Auezov – Research Officer, 1993-1996.

The Scientific center of Cultural issues of Republic – Head of the social and cultural creative department, 1996-1997.

The Culture Committee of Ministry of Education, Culture and Healthcare of Kazakhstan Republic – Head of Theater art and cinematography department, 1997-1999.

From 2020, Director of Kazakh State Academic Drama Theater after M.Auezov.

From 1995, jury member of Republican and International Theatrical Festivals, also in festivals that took place in Tashkent, Bishkek, Ufa, and Kazan.

Republic Theaters stage his plays such as «Marriage», «Should we laugh or cry? », «Antivirus», «Deep roots» and etcetera.