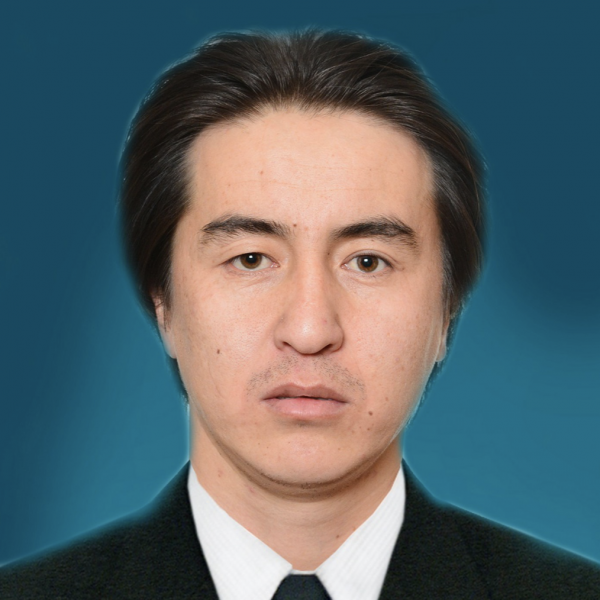 In 2005-2009 he graduated from Kokshetau State University named after Chokhan Valikhanov with a degree in Builder;

In 2009-2011 he graduated from the Kokshetau College of Culture named after Akan Seri with a degree in "Director, leader of the team of tetars" in the workshop of the Honored Art Worker of the Republic of Kazakhstan Kudaibergen Nasyrov.

2011-2015 graduated from the Kazakh National University of Arts named after T. Zhurgenov with a degree in film and television dramatist, under Dulat Isabekov.

Currently, he is a 2-year master of the Faculty of Art History of the Kazakh National University of Arts named after T. Zhurgenov.

Plays staged in the theatre:

- The play "Aldamshy Umit" was staged at the youth theater in the city of Arkalyk. Director: Aliya Elubaykyzy (2016);

- The play "Aldamshy Umit" was staged at the Kazakh Drama Theater named after Shakhmat Kusainov in Kokshetau. Director: Farhatbek Kanafin (2016);

- The play "The Difficult Road to Happiness" was staged at the Kazakh State Academic Drama Theater named after M. Auezov in January 2017. Director: National Artist of Kazakhstan, Professor Yesmukhan Obaev.

- At the republican competition of the Kazakh State Academic Drama Theater named after M. Auezov "Zamandas kelbeti", announced among playwrights 18-40 years old, the play "Aldamshy Umit" was recognized as the best and winner of the competition. (2015).

- At the Republican independent literary competition "Altyn Kalam 2015" the play "Aldamshy Umit" received the nomination "The Best Screenplay and Drama of the Year". (2015).

- 3rd place for the play "Pony" at the Republican competition "Tauelsizdik tolgauy" in Shymkent. (2016).