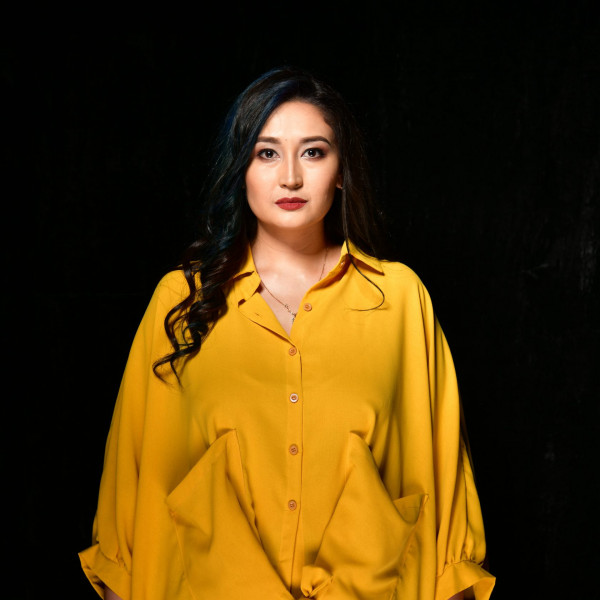 In 2016, at the IX International Competition-Festival of Directors in Moscow for the play “The Works of a Madman” by N.V. Gogol received the Grand Prix in the nomination "For a non-standard director's decision in the production of the classics."

Born in 1995, a native of the Zaisan district of the East Kazakhstan region.

Graduate of the Kazakh National Academy of Arts named after T. Zhurgenov, Faculty of Theater Arts, Department of Drama Theater, majoring in directing (2013-2018).

In 2017, she was accepted into the creative team of the Kazakh State Academic Drama Theater named after M. Auezov.