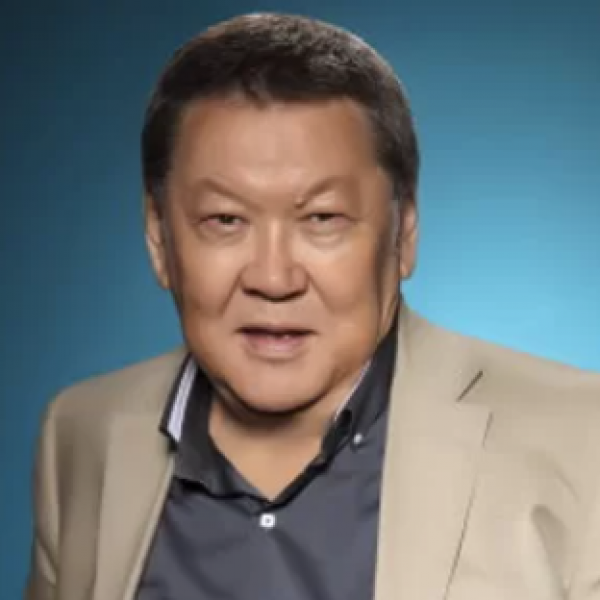 1965-1967 worked as a stage director at the Academic Drama Theater named after M. Auezov. After successful productions on the stage of this theater of such performances as "Zhayau Musa" (Z. Akyshev), "Buran" (T. Akhtanov), "Kozildirik" (B Maylin) by decision of the Board of the Ministry of Culture of Kazakhstan, the young director went on an internship to improve mastery in the Academic Drama Theater named after M. Gorky (MKhAT), Moscow.

1968-1970 at the Moscow Art Theater, he took lessons from national artists such as M. N. Kedrov and I. M. Raevsky, was an assistant director in the performances of The Inspector General (N. Gogol), Favorite Consolation (A. Tur).

The creative path of the talented director continued in the period 1971-1992 on the sacred land of Abay in the city of Semipalatinsk, where he was appointed artistic director of the Regional Musical Drama Theater named after Abay. During his work here, he staged productions of today's playwrights, oriental, Russian, Kazakh classics and famous writers such as W. Shakespeare, N. Gogol, M. Auezov, G. Musrepov, B. Mailin, O. Bokey and others, thanks to which the creative level of Semipalatinsk actors increased, and their fame spread throughout the republic. Staged performances: "Marriage", "Inspector General" by N. Gogol, "Shynyrau tubinde" by M. Gorky, "The Taming of the Shrew" by W. Shakespeare, "Bashmagym" by G. Faizia, "Kudasha" by S. Kudash, "Arshin Mal Alan" Gadzhibekova, "Arban aman bolsyn" by O. Ioseliania, from the folk classics "Abay", "Karakoz", "Aiman ​​- Sholpan", "Enlik - Kebek", "Dos - Bedel Dos" by M. Auezov; "Kyz Zhibek", "Akan Seri - Aktokty", "Kozy Korpesh - Bayan Sulu" by G. Musrepov; S. Mukanov's play "Shokan Ualikhanov", "Kairan Mayra" by E. Rakhmadiev and G. Musrepov, as well as plays by young playwrights, such as "My Foal" by O. Bokeev, "Zymyraydy train", "Elder sister", "Perizat "D. Isabekova; "Farewell to the old house" by T. Nurmagambetov; "Tas kiikter" by N. Orazalina, "Find yourself", "Return of Kazbek", "Night dialogue" by R. Seisenbaev; "Sergelden bolgan seriler", "Farewell, my fairy tale!" B. Mukay.

In 1992 - 1995 he was appointed rector of the Kazakh State Institute of Theater and Cinema named after T. Zhurgenov (Academy of Arts) and made every effort to revive the institution in a new direction.

1995-2001 Professor, the positions of First Deputy Minister of Culture and Deputy Chairman of the Committee of Culture of the Ministry of Environmental Protection and Environmental Protection of the Republic of Kazakhstan revealed his abilities, organizational skills as an accomplished leader. He made a great contribution to the development of Kazakh art. He was the artistic director of the days of culture of Kazakh art, held in Germany, India, Korea, China, Russia, Uzbekistan, Kyrgyzstan, etc. He promoted and proved the high level of national art in many countries near and far abroad.

In 2001, by order of the Ministry of Culture of Kazakhstan, he was appointed artistic director of the Kazakh State Academic Drama Theater named after M. Auezov. In recent years, on the stage of this theater, he staged "Aiman ​​- Sholpan", "Abay" by M. Auezov; "Inspector" ("Couple") by N. Gogol; "Farewell to the old house" by T. Nurmaganbetov, "Kara Kempir" by A. Amzeuly, a play by the Kyrgyz playwright B. Zhakiev "Let's live without hurting each other ...", "Gypsy serenade" by I. Saparbay (together with T. Aralbay ), "Without Losing Hope" by N. Kelimbetova, "Obsessed" by D. Isabekov, "The Great and Thief" by T. Abdikov. These performances, which are being successfully performed today, speak of "the search for the soul of human flesh in society." His abilities, organizational skills as an established leader, his work are bearing fruit.

Since April 2013, is adviser to the theater director.

Winner of the medal "25 years of independence of the Republic of Kazakhstan" (2016).

In his creative career, the director staged performances at the National Opera - Ballet Theater named after K. Baiseitova, in regional Russian and Kazakh theaters, and also staged more than 100 performances in Central Asia.